A PATROL vessel used to track Channel migrants is out of service for two months, leaving a fleet of four.

The government is trying to find a contractor for the £138,000 Protector fix, according to Home Office documents. 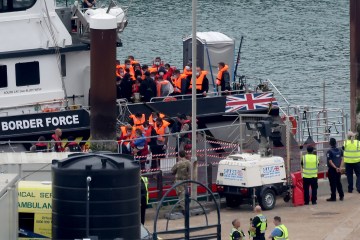 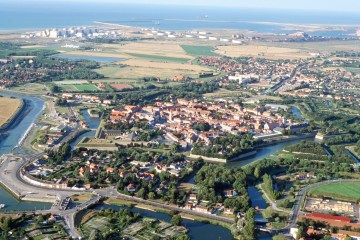 Officials issued a request on September 8 and hope to have a contractor by next Thursday. The work should be completed by the end of November.

The request stated: “HMC Protector needs a period of works. This package should be undertaken at the associated UK port of Lowestoft (HMC Protector is currently stored here).

Protector entered service in 2014 and saw service in the Mediterranean before being returned to the English Channel in 2019 by then Home Secretary Sajid Javid. Last month it was revealed that Border Force had signed a £2m deal for three Seacat boats.

Home Office sources have insisted that the planned work on Protector will not impact policing in the English Channel.

They said the number of operational ships deployed to the southeast remained constant throughout the summer.

The Home Office did not say how long the HMC Protector had been in storage.

Marines prepare to board the Fin Shul Yuen 2, an abandoned ship found in the Gulf of Thailand off Surat Thani on Thursday. The ship sank on Saturday while being towed to shore. (Photo by Royal Thai Navy) SURAT THANI: An old ship of unknown origin found adrift near an oil rig in the Gulf […]

Disney’s newest cruise ship is about to hit the high seas – and the ship has been decorated with a number of groundbreaking firsts. Disney is launching its first cruise ship – with its inaugural itinerary beginning in a few months. The ship not only boasts the first-ever Disney attraction at sea, but also the […]

The bizarre tale of a heroic ship with ties to both Russia and Newfoundland prompted a Russian diplomat this month to mark the anniversary of her disappearance. Russia’s most recent Ambassador to Canada pointed out that it had been almost 80 years since the famous seal hunting vessel, the SS Bellaventure, was destroyed during World […]