Carnival Cruise Line has sent a communication to customers who have booked on Carnival Pride UK cruises. The cruise line has adjusted three departures, two in July and one in August, including replacing a port and schedule changes.

Guests booked on Carnival Pride departures were advised of route changes. The cruise line has changed three departures for the ship’s departures to the British Isles, including trips on July 10 and 22 and the August 12 departure.

Carnival Pride The 12-day sailing which leaves the port of Dover in England on July 10, 2022 will no longer visit the Isle of Skye in Scotland on July 18.

The ship will replace Portree on the Isle of Skye with a stop at Stornoway in Scotland on the same day, arriving at 7am and departing at 4pm. All other ports in Iceland, Northern Ireland and Wales during the July 10 sailing will remain the same, but with modified times.

The scheduled call to Skye has been scrapped for the nine-day July 22 departure, which is also out of Dover. Carnival Pride replaces the call with Stornoway in Scotland on the same day, July 26, with an 8:00 a.m. arrival and 4:00 p.m. departure time.

There is also an itinerary change for the ship’s nine-day departure on August 12 from Dover. Carnival Pride’s call to Skye, Scotland was scrapped on August 14 and replaced by Holyhead in Wales on the same day, with an 8 a.m. arrival and 5 p.m. departure.

Carnival Cruise Line did not provide a reason for the itinerary change, but changes often occur related to the general schedule and port agreements. In this case the alternate ports are tender stops, the same as Portree on the Isle of Skye.

The ship is currently sailing from Barcelona, ​​Spain and will start sailing from Dover on June 10, 2022, which will even offer itineraries to visit Iceland.

The ship will reposition to the United States with a transatlantic crossing departing from Lisbon, Portugal on October 30 and ending in Tampa, Florida on November 12. Carnival Pride will then spend the winter season sailing from Florida until returning across the Atlantic for the summer of 2023.

Carnival also recently guests informed of protocols for Pride departures in Europe. In addition to vaccination requirements, the cruise line says, “All guests 12 years of age and older who are fully immunized and are more than 6 months past the date of the last dose of their initial vaccine series, will be required to show proof that they have received a booster in order to be able to sail.”

Tests are also needed to Carnival Pride departures, taken at the earliest three days before departure. This can be a PCR or antigen test. It is essential to check all the protocols that Carnival communicates well before the cruise departs.

Carnival Pride is 88,500 gross tons with a capacity of 2,124 people in double occupancy. 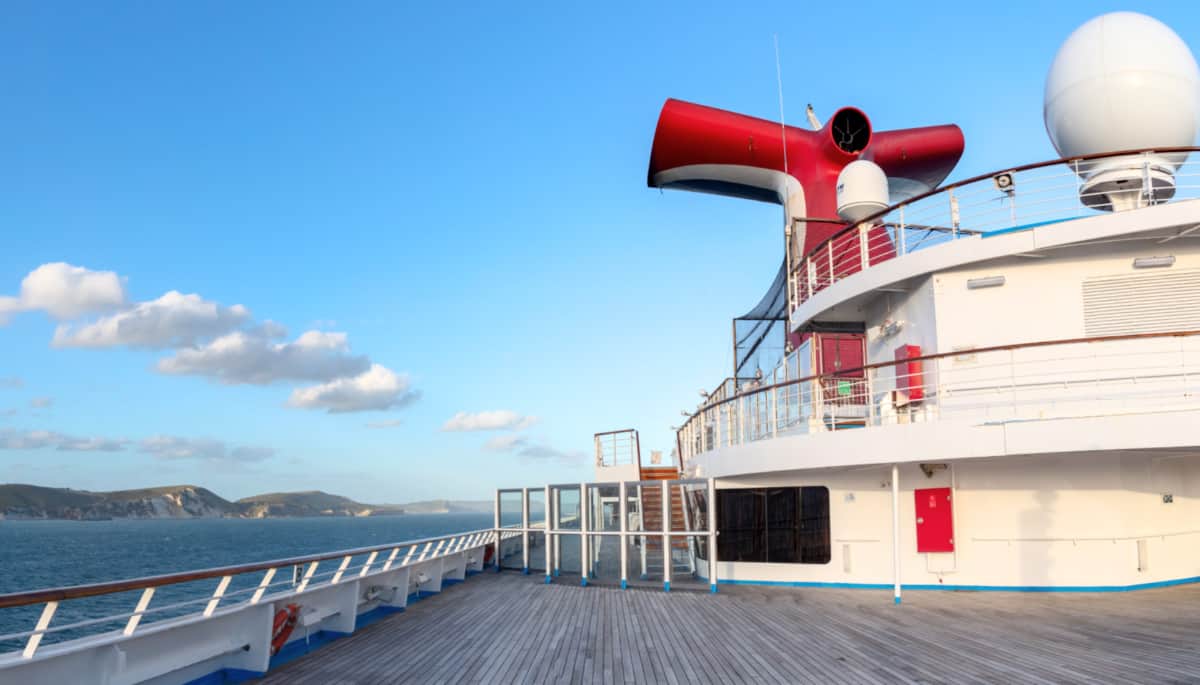 The Caribbean princess has now set sail, becoming the eighth ship in Princess Cruises’ fleet to welcome guests on board after the pandemic has stopped. The ship departed Port Everglades in Fort Lauderdale, Florida on November 28, 2021, beginning a 7-night getaway to the Eastern Caribbean. Caribbean princess Restart operations During a festive welcoming ceremony, […]

The magnificent Balmoral cruise ship put on a stunning sight as it sailed down the River Tyne after its second visit to Tyneside this month. The Fred Olsen cruise liner, named after the Scottish residence of the British Royal Family, arrived at the Port of Tyne in the early hours of Wednesday morning (May 18) […]