Disney Wish hit another major construction milestone on Feb. 11, as the Disney Cruise Line’s newest ship rolled out of the massive hangar at the Meyer Werft shipyard for the first time.

The move marks the next phase of construction as the shipyard begins preparations for final equipment. At the end of March, she will descend the river Ems for the most important finishes and sea trials.

Disney Wish is moving into the next phase of construction

Despite the news that Disney Wish has been significantly delayed due to COVID-19, this does not mean that the vessel is not advancing through the construction phases. Disney Cruise Line’s highly anticipated cruise ship has taken the next step from the interior shipbuilding hangar to the outfitting jetty outside.

The move was due to take place last weekend, but was postponed to today due to unfavorable weather conditions in the area. Shipyard officials and Disney Cruise Line representatives were on hand to celebrate the maneuver in maritime tradition and were aided by a special guest.

Captain Minnie Mouse supported the Captain and the tugs by assisting with the maneuver and welcoming the Disney Wish as it left the shipyard hangar.

“We are pleased to have taken another step towards the completion of the ship with the undocking. This will then be the fifth ship that Meyer Werft has delivered during the Corona pandemic. We are convinced that the Disney Wish will surprise the industry cruisers and Disney fans with some special features,” said Jan Meyer, managing director of Meyer Werft.

The float off the ship can be seen below in its entirety and, in Disney fashion, even included fireworks at around 55 minutes into the video.

Meyer Werft will now focus on preparation Disney Wish for the equipment phase, where the workers will put the final details in place. This includes furnishings, carpeting, final paint jobs, etc.

Then in March, she will make the famous transfer to the Ems. Although the shipyard has not made any official announcement, the Lower Saxony State Office for Water Management, Coastal Protection and Nature Conservation has already approved the schedule for March 28, indicating that the Ems Dam at Gandersum would be closed for a ship transfer.

Disney Wish is the largest and newest cruise ship to join the Disney Cruise Line fleet and the 54th cruise ship to be built at Meyer Werft. Despite a slight delay due to COVID-19, it remains a highly anticipated cruise ship.

The 144,000-gross ton cruise ship will set new industry standards in all areas, including digital media, stage technology, and be the first of three new Disney ships to feature propulsion at the Low emission LNG. It offers space for 4,000 passengers in 1,250 cabins.

Disney Wish is scheduled to make her maiden voyage on July 14, 2022. She will depart on a five-night cruise to the Bahamas and Disney’s private island, Castaway Cay. The inaugural season will include three- and four-night cruises to the same destinations departing from Port Canaveral, Florida. 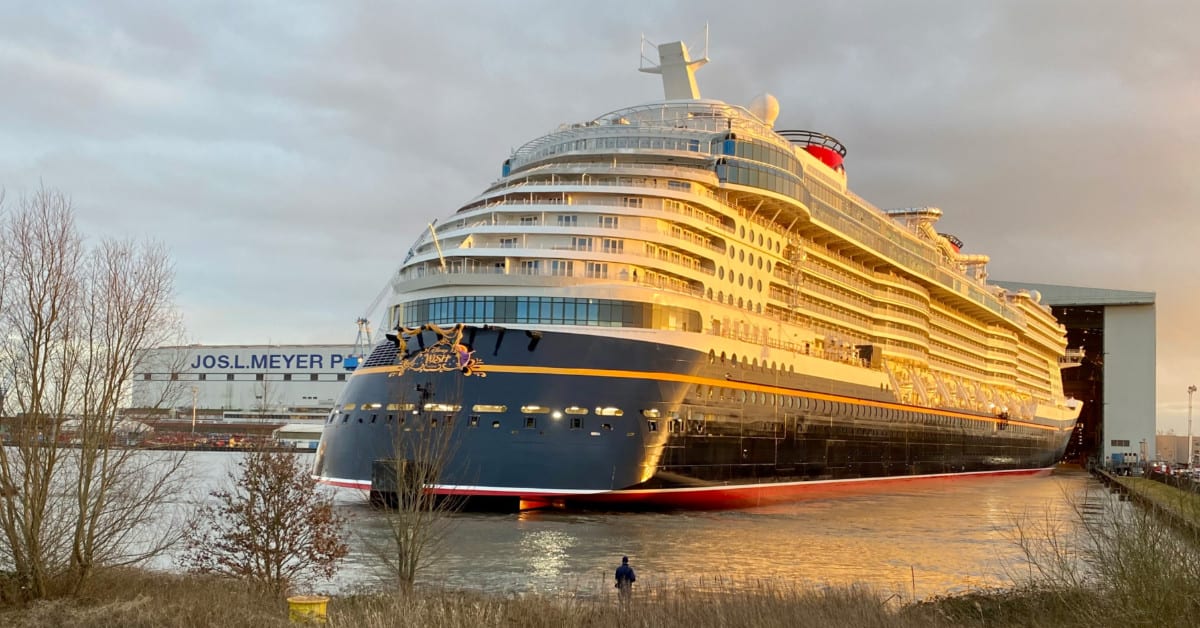 It may or may not be the result of a wish for a star, but Plymouth looks forward to receiving an economic boost when the massive Disney Magic cruise ship anchors off the city in 2022. The 294m-long ship is due to stop in the strait on September 30 at 7:30 a.m. for an 11-hour […]

Travel Jul 5, 2022 11:55 PM2 minute read The former employee told how her cruise ship had a jail and a morgue on board, hidden from guests. Photo / Unsplash Most people know that big cruise ships have lots of crazy facilities on board, from gyms and swimming pools to casinos and sometimes cinemas. However, […]