One of the last three Fantasy-class ships, carnival ecstasywill be departure of the fleet in October, and steps are beginning to be taken to remove the vessel from service. Today, an iconic element of the ship’s promenade has been removed.

On deck 9 amidships carnival ecstasyoutside the aptly named Rolls Royce Café, an iconic blue Rolls Royce once sat behind velvet ropes, lending a touch of mystique and luxury to the City Lights Promenade.

The prominent hood ornament on all Rolls Royce cars is the ‘Spirit of Ecstasy’ – an emblem born of passion, grace and elegance, perfect for symbolizing a beautiful cruiser in its prime.

The car has been a popular spot for photos and selfies, and even got a touch of its own character with a holiday wreath during Christmas cruises. As a recognizable feature, it has served as a landmark and orientation for hundreds of crossings.

The vintage car was carefully maneuvered through a promenade window and lowered by crane while the ship was docked in Mobile, Alabama between sailings on June 16, 2022.

The delicate operation was carried out slowly to ensure the car was not damaged, but there were no delays in the operation of the vessel or its departure during its current 4-night sail to Cozumel .

From now on, this promenade space will remain empty or can accommodate additional seats for the less than four months that the ship must remain in the fleet.

carnival ecstasythe last tripa 5-night Western Caribbean itinerary visiting Costa Maya and Cozumel, will depart Oct. 10, 2022. Carnival Cruise Line Brand Ambassador John Heald plans to be aboard this latest sailing, and a special dispatch is sure to be in preparation. for the ship.

Read more: Former Carnival cruise ships, where are they now?

Gone but not forgotten

However, the Rolls Royce was not sold, traded or scrapped. Instead, the car would be moved to the next Carnival Celebration in tribute to carnival ecstasy and its glory days serving the Carnival Cruise Line fleet for over 30 years.

Carnival Celebration will house a number of unique memorabilia from past Carnival ships in the new Golden Jubilee bar and loungea culmination of the recently announced gateway area on the Excel-class cruise ship.

“The Golden Jubilee is the ultimate nod to our 50th anniversary – a nostalgic yet timeless lounge where our guests can relive and connect with the years of Carnival past while enjoying a glamorous and elegant space that embraces our style of current carnival”, said Christine Duffy, president of Carnival Cruise Linewhen the space was announced.

Dioramas, vintage logos, recreated floor tiles, blueprint reproductions, and more. will all be featured in space, and additional nods to Carnival Cruise Line history can also be found in other parts of the ship.

“Design-wise, we incorporate elements from our past ships, paying homage to the history of Carnival,” said Ben Clement, senior vice president of new construction, renovation and product innovation.

It is likely that carnival ecstasyThe Rolls Royce, while perhaps a piece too big to be inside the Golden Jubilee space itself, could find a new home on the promenade, or perhaps be showcased somewhere else in the vessel.

At 180,000 gross tons and equipped with 19 bridges, Carnival Celebration has plenty of room to carry a piece of all her fleet mates, past and present.

The new ship will debut as the culmination of Carnival Cruise Line’s 50th anniversary celebrations, departing on its maiden voyage from Southampton to Miami on November 6, 2022.

Carnival Celebration will be based in Miami, offering Eastern, Western and Southern Caribbean Itineraries and inviting all guests to step back into the glorious golden age of cruising and celebrate all of Carnival Cruise Line’s offerings for fun and memorable vacations, year after year. 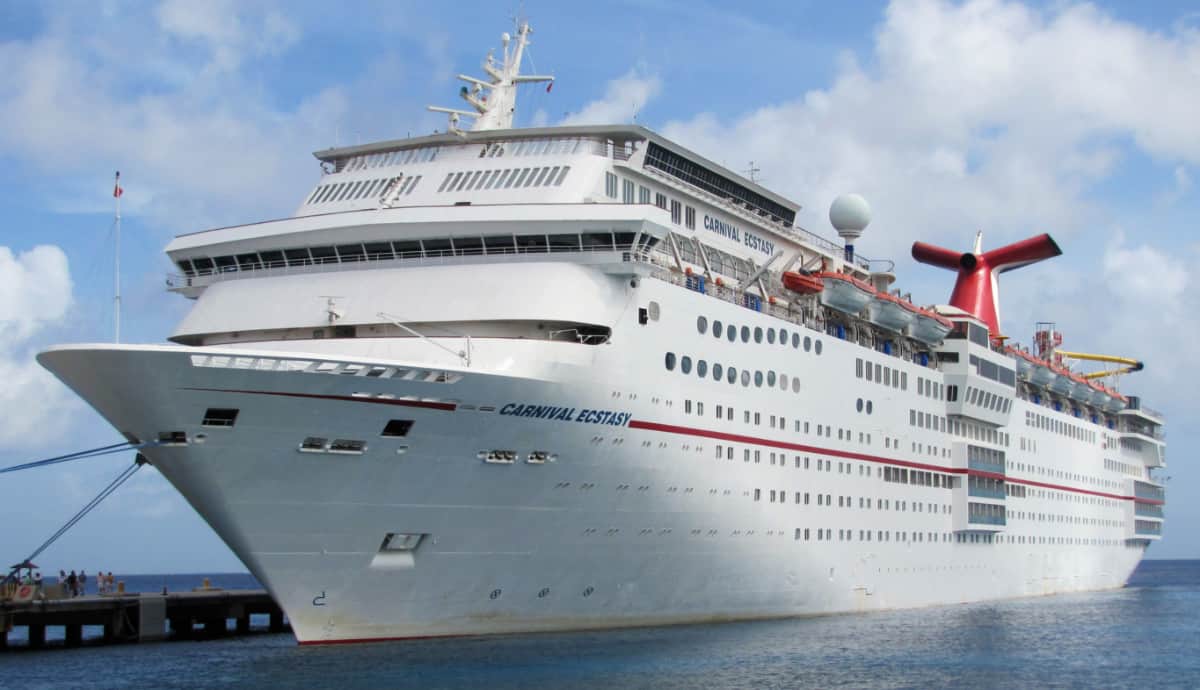 A woman is believed to have fallen overboard on a cruise ship near Ensenada, Mexico, authorities said on Saturday. Security camera footage captured the woman falling overboard, and the incident was reported 35 miles off the coast of Mexico, the U.S. Coast Guard said. Carnival Cruise Line’s Carnival Miracle cruise ship departed Los Angeles on […]

See the United States: from Elvis to a resting rocket | Local News

Go ahead and call me a coward. When we hit the road in late February and headed south, we were definitely fleeing the cold. As much as I love our state, it embraces winter for far longer than necessary. After embarking on a 13-day road trip down Florida’s Gulf Coast, with a few more stops, […]

Preparations are underway to send a specialist cable repair vessel from Papua New Guinea to Tonga to repair cuts in the Tonga cable which have crippled telephone and internet connections to and from Tonga. The cable, which would normally carry almost all communications traffic to and from Tonga, has been out of service since shortly […]