the old Carnival Fascination The cruise ship reached the end of its long and productive life when it arrived in Gadani, Pakistan on February 9, 2022, to be beached and scrapped. This marks the end of the ship’s service and a distinguished career that spanned more than 25 years and two cruise lines.

Fascination of Carnival in Scrapyard

Workers are already on board the vessel as it approaches the shipbreaking yard in Gadani, Pakistan, preparing the ship for scrapping. This may involve removing items that can be resold, such as light fixtures and other electronics, furniture, china, appliances, etc.

The ship will then be broken into pieces, with the material being sold for reuse. It is likely that some of the metal, after recycling, will one day end up in a new cruise ship that will continue to delight passengers with the same pleasure and vitality as Carnival Fascination brought to travelers for so many years.

While several of her Fantasy-class sister ships were quickly scrapped, Carnival Fascination first seemed to find new life as it was purchased by Century Cruises in November 2020. His name was to be changed to Harmony of the Centuryand the ship would have been refitted for floating hotel service in asia.

Later, various reports seemed to indicate the start of a new China-based cruise line that would feature the renowned ship at the head of its fleet. The ship did indeed carry out various renovations for this purpose, but the refit was incomplete.

Unfortunately, the new owners of the former major cruise ship were unable to sustain the vessel financially as the pandemic pause dragged on and travel to Asia did not resume soon. The ship was resold, this time to be scrapped, as its value as raw material far exceeded the value it could provide after the refurbishments and renovations needed to continue sailing.

Carnival Fascination – originally named Fascination until the Carnival prefix was added to all ships in the fleet in 2007 – was the fourth of the Fantasy-class ships built for Carnival when she entered service in July 1994.

She was built at the New Helsinki Shipyard in Finland and spent most of her years with Carnival Cruise Line sailing Caribbean itineraries from various homeports including New York, New York; Miami and Jacksonville, Florida; San Juan, Puerto Rico; and Bridgetown, Barbados.

The ship received various upgrades and renovations during its time in the Carnival fleet, including the addition of technology, updated staterooms and, in 2015, the WaterWorks Water Park with the Splash Zone and Twister Waterslide. Its last renovation was in 2018, when Guy’s Burger Joint, the BlueIguana Cantina, Cherry on Top and other dining venues were added.

Over the years, Carnival Fascination offered Fun Ship getaways to millions of passengers and visited a wide range of ports of call. Still, some of his most memorable service was near the end of his tenure with Carnival Cruise Line.

In October 2017, the vessel was approved by the Federal Emergency Management Agency (FEMA) to house aid workers in the US Virgin Islands. This was in response to the devastation caused by Hurricane Irma and Hurricane Maria, and Carnival Fascination served as a home for workers who restored the islands until early February 2018, after which she entered her final drydock.

Carnival Fascination ceased sailing, along with the entire Carnival fleet, when the cruise line ceased operations in March 2020 due to the COVID-19 pandemic. At first she was on standby in anticipation of service resuming, but as the global crises continued, Carnival Fascination was decommissioned without a specific date of return to service.

In September 2020, Carnival Cruise Line announced that the ship would be retired, as part of a restructuring of the Carnival fleet that involved removing several older, less efficient ships from operation. This step was already planned for the future, but the financial challenges of the pandemic accelerated the restructuring of the fleet and Carnival Fascination has been put on the market.

Last of the Fantasy Class

Earlier this month, Carnival Cruise Line provided a update on two more Fantasy-class ships. Carnival feeling will not be returning from the pandemic shutdown and the vessel has already been put up for sale. carnival ecstasy is still currently sailing, but will complete her last voyage and leave the fleet on October 10, 2022.

Right now, Carnival paradise and Carnival Exhilaration are the last two Fantasy Class ships set to remain in the Carnival fleet, continuing the proud tradition of these popular ships. 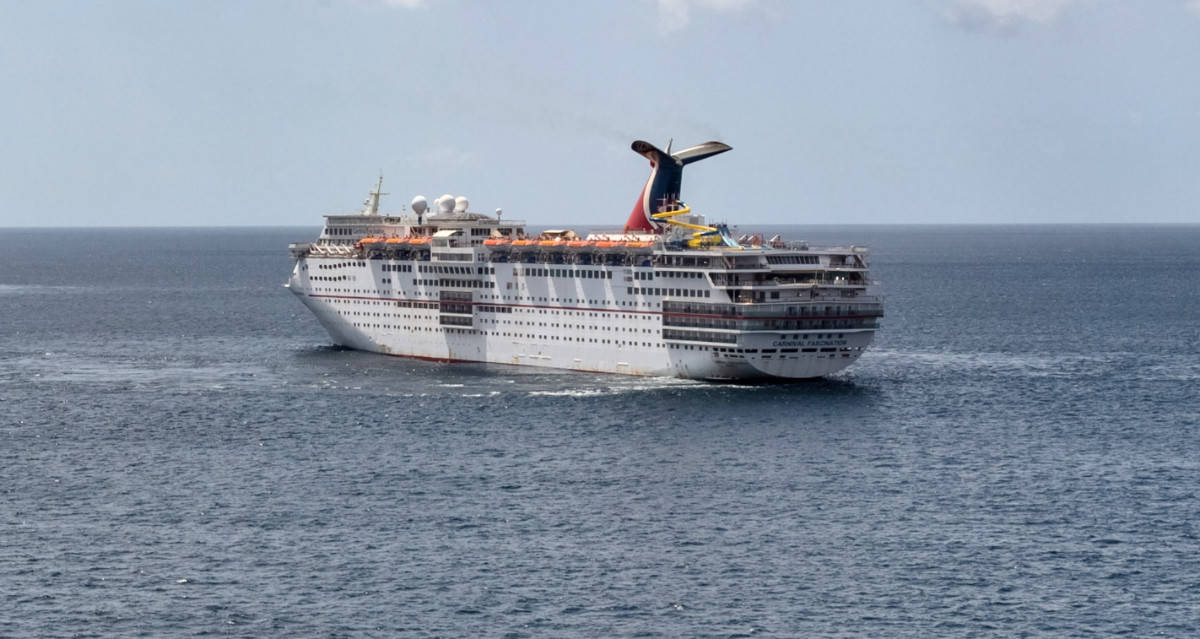 “Being part of the Wilhelmsen Group, we are part of one of the largest shipping networks and marine service providers in the world,” said Carl Schou, president and CEO of Wilhelmsen Ship Management, according to the 2022 Drydocking and Refurbishment Report through Cruise industry news. “We have a full value chain, which we can offer […]

Galataport Istanbul welcomes the last cruise ship of this year

Galataport Istanbul welcomes the last cruise ship of this year Galataport Istanbul, which transforms the city’s historic port into a world-class cruise port and district of culture, art, shopping and dining, hosts the Viking Venus cruise ship with a capacity of 930 passengers. Arrived in Istanbul on the afternoon of November 23, the ship will […]

Greece ferry fire: Eight out of a dozen Bulgarians missing on board ship near Corfu

Greek rescue teams were still searching for a dozen missing passengers on Saturday as a fire continued to ravage a ferry near the Greek island of Corfu, well over 24 hours after it started. Aided by a helicopter, a frigate, six tugboats and a firefighting vessel, divers and fire crews went to the scene, hoping […]