Once destined to be one of the two largest cruise ships in the world, the second new construction of the Global class, 9,000 passenger cruise ships for Dream Cruises, will be sold as scrap.

Although only the lower hull has been assembled so far, much of the machinery and equipment was already on site at MV Werften’s Warnemünde shipyard dock in Germany.

It’s the sad end of what once caused a stir in the cruise industry. As the ship had been planned for Asia in particular, the design of the ship does not comply with the strict rules and regulations in force in Europe.

Refurbishment of the ship, even if only partially built, would mean an expensive refit, something no company has been interested in performing or paying for.

In terms of passenger occupancy and number of crew, the Global class of cruise ships was destined to be the largest to ever set sail. Up to 9,500 guests and 2,200 crew members meant a total of 11,700 people on board at maximum capacity.

These figures would have greatly exceeded Royal Caribbean International’s Oasis-class shipscurrently the largest cruise ships in the world.

However, at least one of the two ships will never leave. The second Global-class cruise ship, whose hull was laid down in 2019, will be sold as scrap. This follows the demise of parent companies Genting Hong Kong and Dream Cruises, which both filed for bankruptcy earlier this year.

Administrator Christoph Morgen announced at a recent press conference that a procedure was underway to resell part of the equipment and engines.

The semi-finished hull will then be disposed of at the cost of scrap.

With scrap prices at an all-time high, scrapping the iconic design was the only choice for the shipyard administrator. Because the Global class had been designed to sail only in Asia, it did not comply with the strict rules and regulations and environmental compliance in Europe.

Repurposing the vessel to comply with US or European laws would have been extremely costly. Curiously, the almost finished world dream could suffer the same fate.

Will be world dream Find a new home?

With a (partial) ship going for scrapping, what will happen to the nearly completed ship world dream is anyone guessing. world dream already floats and would have already sailed with guests if it hadn’t been for Genting’s bankruptcy.

The ship was due to debut in early 2021, but was delayed for a year due to pandemic shutdownwhich also caused construction delays.

Several parts of the cruise industry and beyond have expressed interest in the mega cruise ship. The only real interest, however, came from Swedish family-owned Stena AB, which has interests in shipping, real estate, finance, and more. Stena AB wanted to build a cruise product with the other three Genting ships in Asia.

However, Stena AB withdrew its consideration in late May when former Genting owner Lim Kok Thay announced a new cruise brand in Singapore, while China announced no end to its strict travel restrictions.

Ongoing travel restrictions, in particular, have made any financially reliable cruise unthinkable in large parts of Asia for the time being.

This is reverberating throughout the cruise industry, as various cruise lines have canceled their Asian seasons and planned to reposition ships in less restricted markets. Norwegian cruise lineWindstar Cruises, Princess CruisesHolland America Line, Celebrity Cruisesand others have canceled crossings to Asia throughout 2022.

All parties interested in world dream will have to go through the process of buying a ship that is only suitable for Asia and therefore either wait for the continent to open up for cruising or redesign the whole ship.

Such a redesign would include cabins, decks and propulsion, as well as other features to comply with port regulations, environmental codes, safety features and more.

If no serious buyer comes forward, world dream will go through a bidding process, with the vessel eventually selling to the highest bidder. This will include buyers from shipbreaking yards.

With scrap prices at unprecedented levels, it is not unthinkable that world dream would end up like her unnamed sister without ever sailing a single nautical mile, and instead the hull would be broken up to be reused or melted down for other projects.

The sale of Genting’s assets has reached full steam in recent weeks. This week it became clear that Silversea Cruises had purchased crystal effortand additional assets are sure to find new buyers in the coming months as the cruise industry and travel in general continue to rebound. 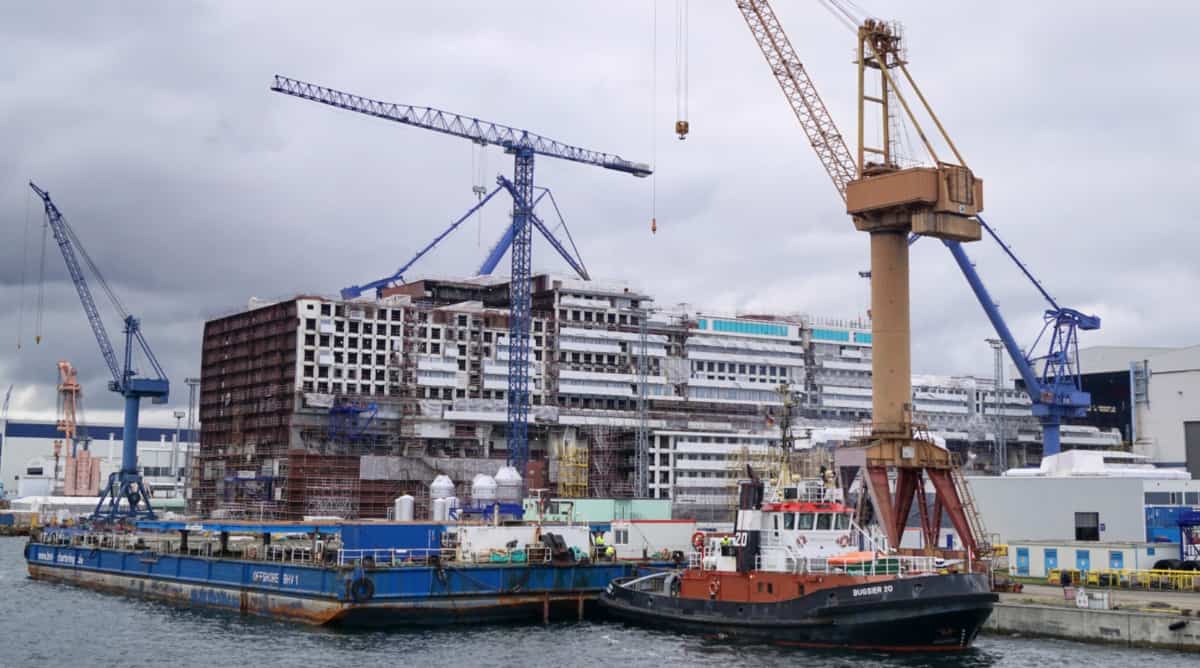 The seven Ukrainian sailors who were stranded on a merchant ship docked in Philadelphia as Russia invaded their country have finally been allowed to disembark — presumably into the arms of Philadelphia’s Ukrainian community. The sailors left the ship Wednesday morning and headed for the US Customs and Border Protection office in Old Town. Their […]

MIAMI (AP) — A cruise ship that was supposed to dock in Miami instead sailed to the Bahamas after a U.S. judge granted an order to seize the ship in a lawsuit over unpaid fuel. Cruise trackers show Crystal Symphony is currently docked on the Bahamian island of Bimini. The passengers told news organizations they […]

The title of HBO Max’s half-hour action comedy “Our Flag Means Death” hints at a universally recognized truth: Pirates are scary. They to see frightening. Their ships, whether decked out in black sails or outfitted with barnacle-encrusted zombies, are designed to instill fear and dread. But the protagonist of “Our Flag Means Death”, wealthy landowner […]