The highly anticipated Disney Wish is a step closer to welcoming guests, as details have just been released of her scheduled arrival at her homeport in Florida as well as her christening ceremony and maiden voyage.

The multi-day event will include various ceremonies and special events before the ship sets sail on its first official cruise.

According documents approved this week by Port Canaveral commissioners, Disney Wish will have several different celebrations as she officially begins the service.

The new ship, the first to join the Disney Cruise Line fleet since Dream Class Disney Fantasy in 2012, will arrive in Port Canaveral on Monday, June 20, 2022. This official arrival and welcome will be an early morning event, scheduled from 4 a.m. to 7 a.m.

The event will include venues at two locations in the port, Terminal 8 and Terminal 10, where media personnel will likely be set up to film and photograph the ship’s first entry into port. Terminals 8 and 10 are at the northern end of the harbor channel, next to the western turning basin.

Fireboats and tugboats with a water salute, as well as unspecified “special effects”, are planned to accommodate Disney Wish in Port Canaveral for the first time.

Although the 144,000 gross ton ship will arrive on June 20, it will not welcome guests for more than three weeks.

Prior to her maiden voyage, Disney Wish will need to support its regular crew of 1,555 international crew members, as well as be fully provisioned for its upcoming crossings.

The ship may also enter and leave the port multiple times to allow pilots and navigators to become accustomed to its operation, and there may be limited private sailings for members of the media, families of Disney cast members Cruise Line, travel partners or other groups, although these are not public departures and have not been announced or confirmed.

The next event in the new ship’s welcome celebration will be her official christening, scheduled for Wednesday, June 29 at Port Canaveral Cruise Terminal 8.

While the exact time for this event has yet to be announced and many details have not been released, it is sure to be a high-profile ceremony with Disney Cruise Line executives and other dignitaries, port officials and the ship’s official sponsor.

Christening ceremonies often include musical performances, blessings, speeches and other events to mark the special occasion and begin the ship’s service with grace, happiness and prosperity.

The highlight will be the official christening, which will involve the traditional breaking of a champagne bottle on the ship’s hull, an age-old ceremony for all cruise ships.

Christening rehearsals are scheduled in the days leading up to the official event, and Disney Cruise Line has received approval for bleachers, a stage, audio and lighting towers, video walls, tents and special effects. to use for the event. , ensuring that it will be a spectacular and memorable occasion.

The final event in the new ship’s official welcome is the launch of its maiden voyage, departing Port Canaveral on July 14, 2022. As it sets sail, Disney Wish will be accompanied by fireboats and tug escorts with a water salute, as well as up to 5,555 eager guests who will experience its magic for the very first time.

This first cruise is a 5-night itinerary, visiting Nassau in the Bahamas as well as Disney Cruise Line’s private island, Castaway Cay.

The itinerary also includes two days at sea for guests to experience all that the Triton-class vessel has to offer, including her new exclusive showsexceptional decor, expanded retail optionsand enough Disney magic to make every cruiser’s wish come true. 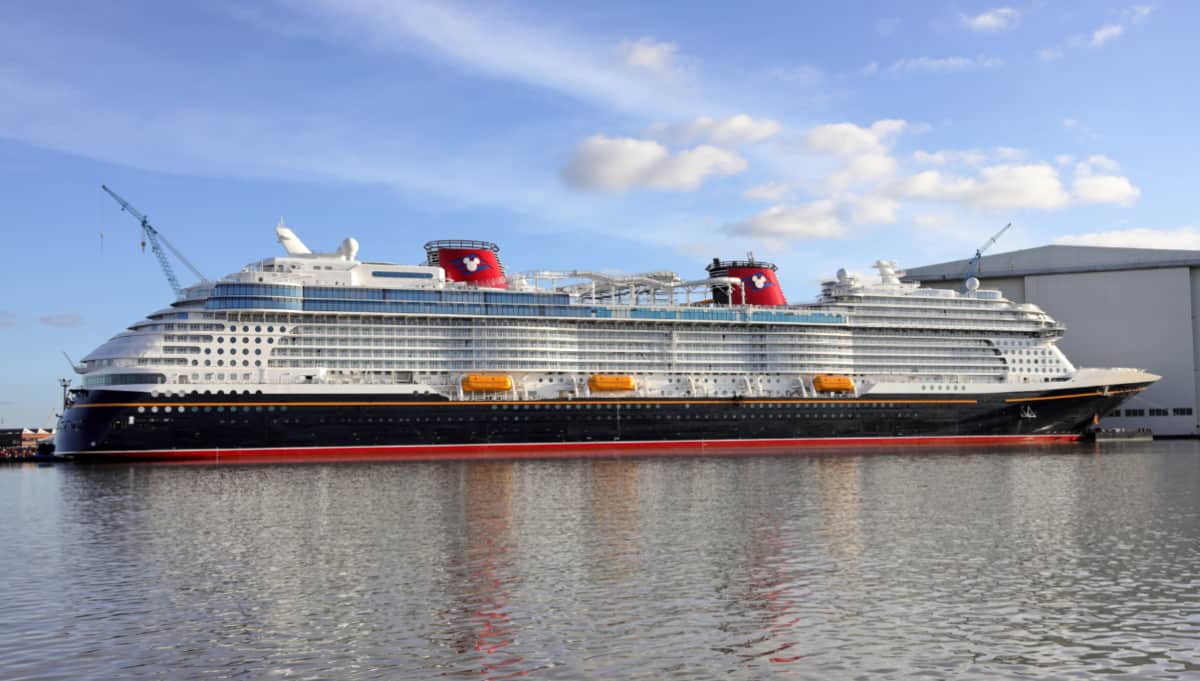 The first cruise ship to Hawaii in two years has arrived with several isolated COVID-19 cases. A state official said those who tested positive had not left the ship. Grand Princess, who departed Los Angeles on January 4, arrived in Honolulu on Sunday January 9. Speaking to The Conversation, state Department of Transportation spokesman Jai […]

Carnival Cruise Line has informed customers who have booked on the Carnival Glory March 27 departure from New Orleans of a change of route due to repair work. Work will continue throughout the voyage, requiring a port of call to be replaced. Carnival Glory Repairs The cruise line is planning repairs to the Carnival Glory […]

The Golden Horizon is a twenty-first century five-masted sailboat whose steel hull makes it capable of sailing from the Arctic to the Antarctic. Located in the north of the Split peninsula in Croatia, the Brodosplit shipyard has been manufacturing and launching ships for almost 100 years. Large enough to look like an Adriatic island in […]