An offshore supply vessel operating as a rescue vessel reportedly suffered a mechanical failure while maneuvering to leave, causing it to back into a luxury sailing yacht moored in the marina. The sailboat, which was among the top 1,000 luxury yachts valued at over $7 million, soon began to take on water and sink.

According to reports from officials at the port of Tarragona in Spain, the salvage vessel Punta Mayor had begun its maneuver just after 8 a.m. local time on June 10, when its engines stalled in reverse. The captain attempted to disengage the engines and drop the ship’s two anchors, but this was not enough to overcome the inertia of the 1,200 dwt vessel. The video shows the moment of impact.


VIDEO | Images of dron del dispositiu i equipes d’emergències desplegats per #PortTarragona by the anchorage of the “Eleonora E” veler that is moored at the Port Tarraco Marina, it is coll·lidit with a salvament vessel that has carried out a sailboat. pic.twitter.com/oUMKvvZv1E


The sailboat was the Eleanor E, but in 2000 in the Netherlands and a replica of a famous vintage racing yacht from 1910. She is approximately 162 feet in length with 12,000 square feet of sails on two gaff masts. On board there are luxury accommodations for eight passengers and the vessel would operate with a crew of nine. It is not known if there was anyone on board, but they report that there were no injuries.

The hull of Eleanor E is made of steel with a wooden superstructure. The hull was unable to withstand the force of the impact, which would have caused it to hole amidships. Local authorities rushed to put barriers around the ship as they determined it was impossible to stabilize it before it sank in the harbour. The problem was that when fully loaded, the ship carried 9,000 liters of fuel. However, they report that there was no fuel pollution during the sinking.

Eleanor E would be for sale with Bernard Gallery Yacht Brokerage featuring her with an asking price of around $7.2 million. Additionally, she was offered for rent at approximately $73,000 per week.

The Port Authority reports that rescue operations are underway to recover the yacht. They expect it to be refloated by the end of this week. 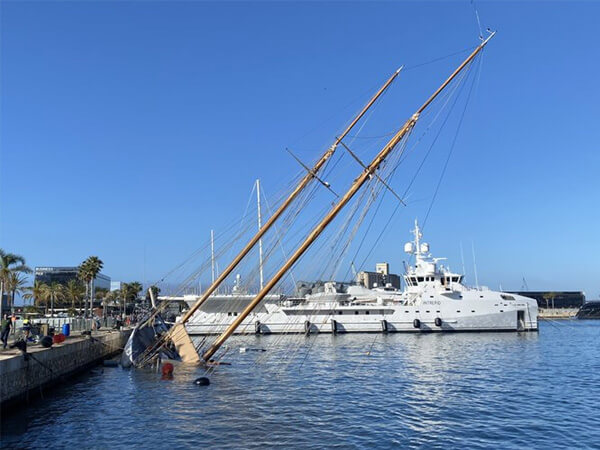 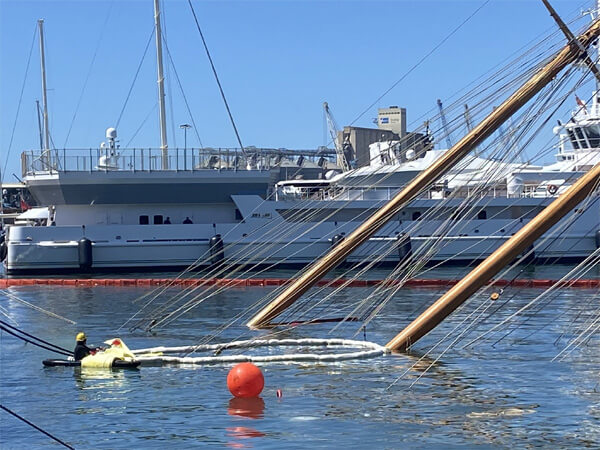 Virgin Voyages has announced that the resilient lady The cruise ship will head down in 2023 after its sailing season in Greece. This will be the first time the cruise line has sailed to Australia and the Pacific Rim, as until now ships have only been based in the United States and Europe. Resilient Lady […]

A 330% increase in cruise ship passengers was estimated by the Port of Prince Rupert after adding 16 new ship calls to the previously published 2022 schedule, the organization announced May 6. The increase will welcome an additional 46,000 passengers from the previously announced 14,010 on April 4. City shores will expect 43 port calls […]

Luxury cruise ship with ‘movies under the stars’, casino and nightclub docked in Liverpool

A luxury cruise ship with a cinema, casino and nightclub is due to dock in Liverpool. The Emerald Princess is due to arrive at the Liverpool Cruise Terminal on Saturday May 14 and is the height of luxury. The ship was launched from the Italian shipyard Fincantieri Monfalcone on June 1, 2006. She was christened […]