A BERMUDA Triangle cruise is offered with a full refund – if the ship disappears.

The voyage on the Norwegian Prima will explore the Atlantic region where dozens of ships and planes have gone missing over the years.

But those shelling out £1,450 for the five-night trip were reassured: ‘Don’t worry about disappearing on this Bermuda Triangle tour.

“The tour has a 100% return rate and your money will be refunded in the rare event you go missing.”

The Ancient Mysteries cruise from New York to Bermuda is popular with conspiracy theorists. The itinerary includes a sunset cruise through the Bermuda Triangle on a glass bottom boat, lectures and Q&A.

Guest speakers include Nick Pope, who worked for the Ministry of Defence, and author Nick Redfern. 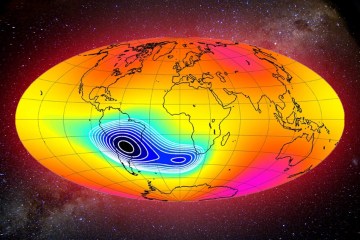 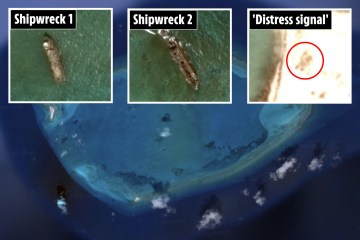 Mr Pope was part of the MoD’s Airstaff 2a, nicknamed the UFO Office, in the 1990s. Initially skeptical, he later revealed he believed in extraterrestrials.

Mr. Redfern, who has written over 60 books, many on UFO themes, is from Walsall, Staffs, but now lives in the United States.

The cruise, by US operator Holiday Maker Travel, will depart on March 28.

A strange abandoned “ghost ship” was discovered floating abandoned off the shore in the middle of the night. The ship, approximately 80m in length, was discovered in the Gulf of Thailand on January 6. There were the words Jin Shui Yuan 2 written on it in Chinese letters, but its original origin is unknown. There […]

Bombay: More than 2,000 passengers aboard a cruise liner from Mumbai to Goa began to be tested for Covid-19 on Sunday evening after the state government failed to allow them to disembark in Goa after a member of the ‘crew tested positive for the coronavirus, reports said. All passengers and crew are now tested and […]

Norwegian Cruise Line has canceled another sailing on its Norwegian Escape ship after the ship ran aground in the Dominican Republic last week due to additional time needed for repairs. “Repairs to Norwegian Escape will take longer than expected,” Christine Da Silva, Norwegian’s senior vice president of brand and communications, told USA TODAY in a […]