According to government guidelines, the cruise’s return to the Cayman Islands had been scheduled as part of phase 6 of a reopening plan. Currently, the islands are in phase 4.

Although cruise ships are not part of the Cayman Islands government’s plan to reopen the borders, Seattle-based Holland America Line received permission from local authorities to dock at the George Town Pier on December 28, 2021 The cruise line and the local government have agreed to terms and conditions designed to minimize the risk of local transmission of COVID-19.

Under these protocols, George Town to Grand Cayman must be the first port of call for Nieuw Statendam on this cruise. The number of passengers on board the ship may not exceed 60% of the capacity of the ship or 1,600 passengers. Grand Cayman will be the first stop on a seven-day Western Caribbean cruise, departing from Fort Lauderdale, Fla. On December 26.

Additionally, as is the norm on ships, all guests and crew on board must have a final dose of an approved COVID-19 vaccine at least 14 days before the start of the cruise. Guests must also undergo a negative viral COVID-19 test (PCR or antigen) performed within two days of boarding, and if the guests or crew are not feeling well in any way, they will not be authorized to disembark.

“Grand Cayman will be Holland America Nieuw Statendam’s first port of call, and capacity will be limited to 1,600 passengers. Guests and crew aboard the ship will be subject to exactly the same requirements as visiting visitors, such as a pre-arrival test ”, Tourism Minister Kenneth Bryan said in the statement.

When guests descend ashore, they must adhere to local standards, which require everyone to wear a mask and respect a social distancing of 6 feet.

The Cayman Islands have had their borders closed to tourists since March 16, 2020. It was not until last week, November 20, that the country reopened so that tourists began to return in greater numbers. Some tourists had been allowed entry under strict protocols.

The reopening is part of a 6 phase plan that the Cayman government introduced from June 20, which moved to phase 4 on November 20. The other stages are phase 5, when unvaccinated children under the age of 12 will be allowed to travel with vaccinated adult tourists.

However, according to government websites, cruise tourism remains prohibited. During the final phase, the assessment determines when and how to proceed with further easing of restrictions, including cruise tourism. Minister Bryan said discussions on the broader return of cruise tourism are continuing:

“It’s been an ongoing conversation with the cruise industry about what is required to make it a safe experience for everyone involved and how to make that possible. We thank Holland America for being a great partner and for paving the way for this new era of Cayman Islands cruising for the foreseeable future. My employees can be assured that my approach and my negotiation strategy are focused on quality above all else ”,

Recently, the Cayman government has started to make inroads to recover a struggling tourism industry. Although the cruise industry faces significant opposition from part of the local population, the economic impact of cruise ships remains significant. For now, Only Nieuw Statendam is scheduled for a visit; as soon as more ships follow, you’ll read it here on Cruise Hive. 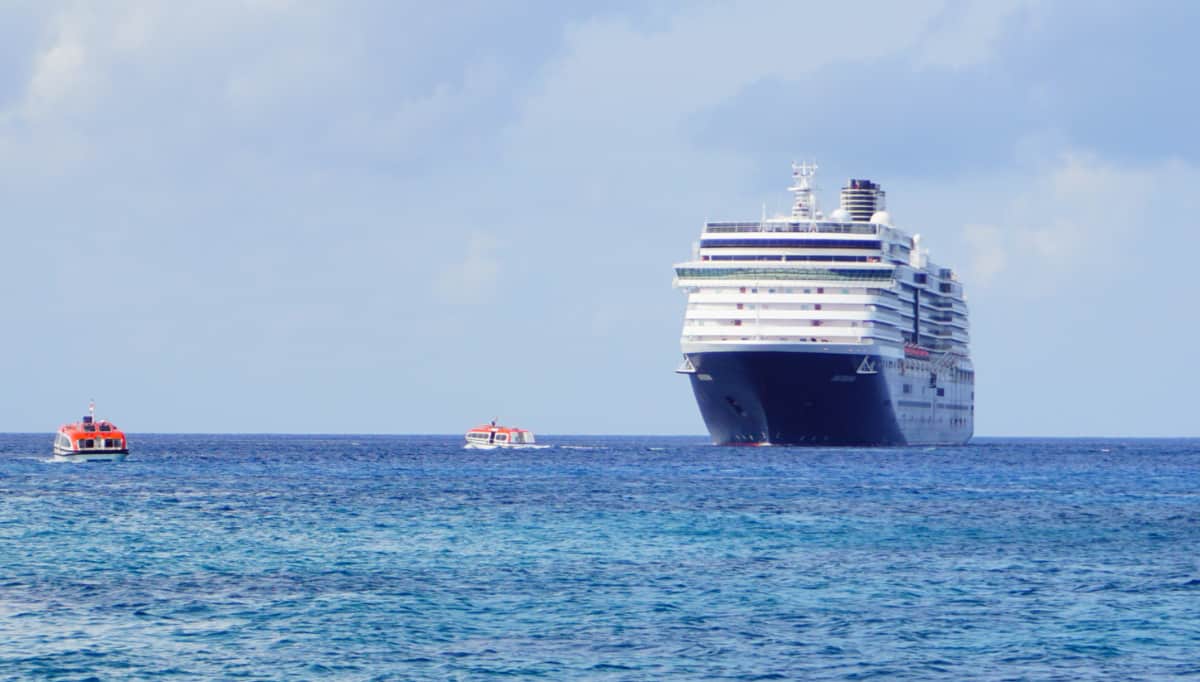 According to senior administration officials in a call with reporters on Friday: Americans will be able to request tests on COVIDTests.gov starting Jan. 19. The initial program will allow four free tests to be requested per residential address “to preserve broad access”. Tests should ship within 7-12 days of ordering. On the test procurement process, […]

Cruise Ship Review: Images of Life Aboard the Regal Princess – With ‘Royalty-Free’ Beds

Travel writer Jo Kessel filmed the glare aboard the Regal Princess, putting the ship’s “luxury” bedding, the mini-suite tub, and the dizzying 16-deck glass gangway to the test. Its images present the scoop on the ship’s entertainment and the best places to drink and dine on board. VIP treatment is expected on a cruise ship […]

Submarine, ship, jet and balloon-like object off Maui as part of naval exercise