Grace O’Malley or in Irish, Grainne Ni Maille, was the head of the O Maille dynasty in the west of Ireland. She is a well-known historical figure in 16th century Irish history and popular culture often referred to as “The Pirate Queen” as she is reputed to be one of the most famous pirates and was considered a fierce leader at sea.

Far from being a ‘pirate ship’, the Grace O’Malley is Ireland’s most recently acquired youth development tall ship and made her first appearance on the island last week during the Foyle Maritime Festival of that year after it was purchased by the Atlantic Youth Trust charity.

The Grace O’Malley arriving in Derry. It is hoped the ship can become a floating embassy for Ireland Photo: Lorcan Doherty

It was welcomed by hundreds of enthusiastic festival-goers last Thursday and moored alongside Meadowbank Quay.

The Atlantic Youth Trust Charity was created to connect young Irish people to the ocean and adventure while developing sustainability and supporting and protecting the environment.

It has been formed by individuals and organizations from across the island of Ireland to provide young people with an introduction to life at sea and is chaired by round-the-world sailor Enda O’Coineen,

The Grace O’Malley is a 164ft tradewind schooner bought in Sweden last month to introduce young people across the island of Ireland to a possible maritime career.

She was built as a timber merchant schooner in Denmark in 1909 and was launched in 1980 to accommodate 100 day guests and 37 overnight passengers. 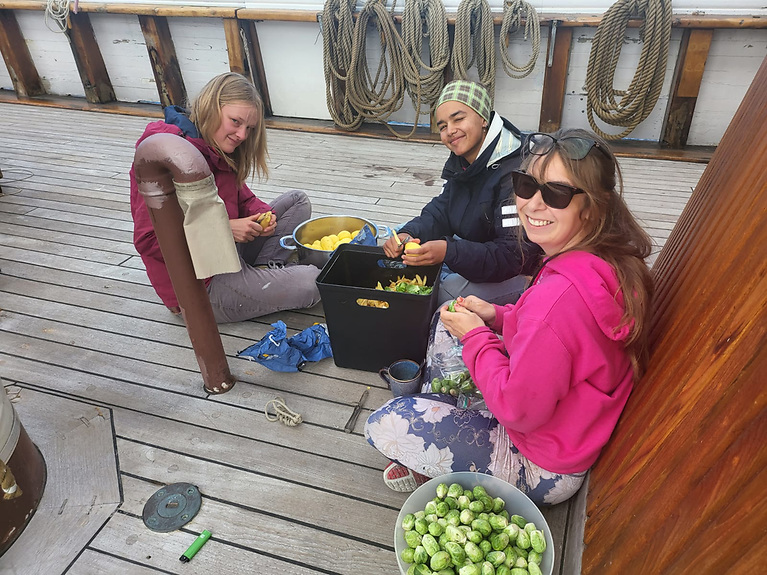 Trainees on the deck of the Grace O’Malley

The Grace O’Malley left Sweden the weekend of July 9 for her maiden voyage with her new owners. “It’s a beautiful ship and even people who aren’t keen on sailing will be very interested in seeing it,” said Catherine Noone of the Atlantic Youth Trust.

“We are delighted that the first appearance in Ireland will be at such an important and prestigious event as the Foyle Maritime Festival.” 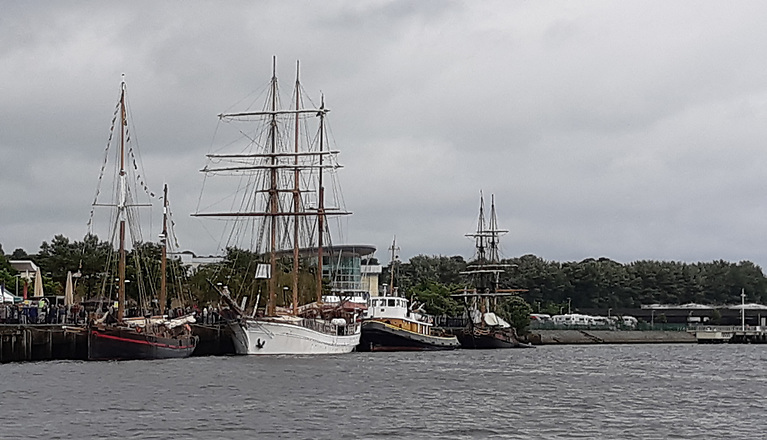 The Grace O’Malley at Meadowbank Quay in Derry

“The Grace O’Malley was purchased for young Irish people by the Trust to give them experience of sailing and create a pathway to a wide range of maritime careers,” continued Catherine.

“We want the ship to be as accessible as possible and that’s why events like the Foyle Maritime Festival are so important to reach young people and give them a first introduction to life on board a ship. It opens up a wide range of careers for young people and ten days aboard a boat with us can also help develop essential life skills and provide a much-needed shift in perspective. 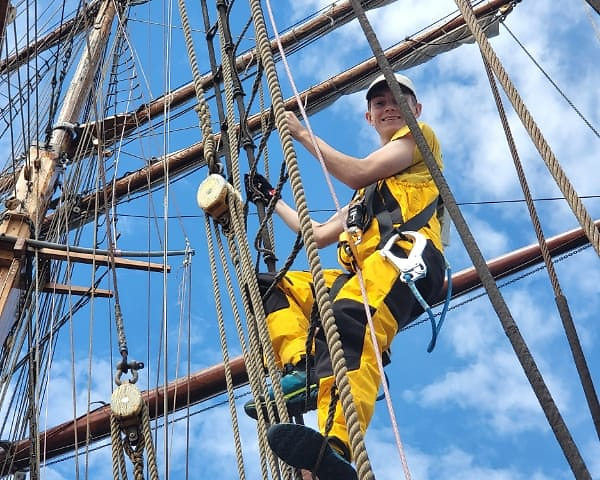 After a six-day crossing of the North Sea from western Sweden, sometimes with headwinds of 40 knots, the ship arrived in spectacular fashion at Lough Foyle and was piloted from the village of Greencastle on the northern shore by Harbor Master Bill McCann, below Foyle Bridge. , the second longest on the island of Ireland.

O’Coineen posed the question, “Would we fit under Foyle Bridge?” With a clearance of four meters, they did it!

And the Grace O’Malley proved to be a big draw at the Festival with a constant queue of people waiting to board.

The schooner left Sweden on July 15 with 20 crew members on board. The ship was captained by the experienced and renowned Irish Captain Gerry Burns for her voyage across the North Sea, northern Scotland and then south to Derry.

The Grace O’Malley is a youth development ship for all young people on the island of Ireland. Young people will learn about sailing, teamwork, a change of perspective and also create a pathway to a wide range of maritime careers. This is a project that can truly change lives. H77

As reported in Afloat in January, O’Coineen, former director of Coiste an Asgard, said “we have long championed the need to replace Ireland’s lost training ship, Asgard II, in a dynamic new way and creative”. It is hoped that the ship can act as a floating embassy for Ireland at national and international events, from tall ship races to trade events, while fulfilling its primary mission of youth and reconciliation. It is understood that a ‘mini-refit’ will be required to meet Irish requirements.

A British freighter would not have noticed it had crashed into a smaller Danish freighter which capsized off southern Sweden, leaving one person dead and another missing ThroughThe Associated Press December 14, 2021, 10:43 a.m. • 2 minutes to read Share on FacebookShare on twitterEmail this article COPENHAGEN, Denmark – Swedish media reported on Tuesday […]

AIDA Cruises took delivery of its new cruise ship, AIDAcosma, in Bremerhaven from the Meyer Werft shipyard on December 21. This is the company’s second new building to run on liquefied natural gas, according to a press release, and gives AIDA its 14th ship. AIDA is the German brand of Carnival Corporation. The ship will […]

In the latest update to Lake Mead, an American reservoir whose water levels are rapidly dropping due to climate change, the park service has discovered an old ship from World War II that was once very difficult to reach. According to the National Parks Service, the ship is a sunken Higgins boat that at one […]