The wreck of one of the most famous ships of the 17th century – which sank 340 years ago while carrying the future King of England James Stuart – has been discovered off the coast of Norfolk.

Since it ran aground on a sandbar on May 6, 1682, the wreck of the warship the Gloucester is half-buried on the seabed, its exact location unknown until brothers Julian and Lincoln Barnwell, with their friend James Little, found it after a four-year search.

Due to the age and prestige of the ship, the condition of the wreckage, the finds already rescued and the political context of the accident, the discovery is described by Professor Claire Jowitt, from the University of East Anglia (UEA), as the most important maritime discovery since the Mary Rose.

The Gloucester represents an “almost” significant moment in British political history: a royal shipwreck causing the imminent death of the Catholic heir to the Protestant throne at a time of great political and religious tension.

Painting of the Gloucester off Yarmouth, 6 May 1682, by Johan Danckerts, 1682. Credit: Royal Museums Greenwich/BHC3369/Wikimedia Commons

A major exhibition is now planned for spring 2023, the result of a partnership between the Barnwell brothers, the Norfolk Museums Service and university partner UEA. Running from February to July at the Norwich Castle Museum & Art Gallery, the exhibition will showcase finds from the wreck – including the bell that confirmed the ship’s identity – and share ongoing historical, scientific and archaeological research.

Professor Jowitt, a world authority on maritime cultural history, is co-curator of the exhibition.

“Due to the circumstances of her sinking, this can be claimed as the most significant historical maritime discovery since the uprising of the Mary Rose in 1982,” she said. “The discovery promises to fundamentally change the understanding of the social, maritime and political history of the 17th century.

“It is an outstanding example of underwater cultural heritage of national and international significance. A tragedy of enormous proportions in terms of loss of life, privileged and ordinary, the whole history of the from Gloucester last voyage and the impact of its aftermath must be told, including its cultural and political significance and its legacy.

“We will also try to establish who else died and tell their stories, as the identities of a fraction of the victims are currently known.”

Who found the wreckage? 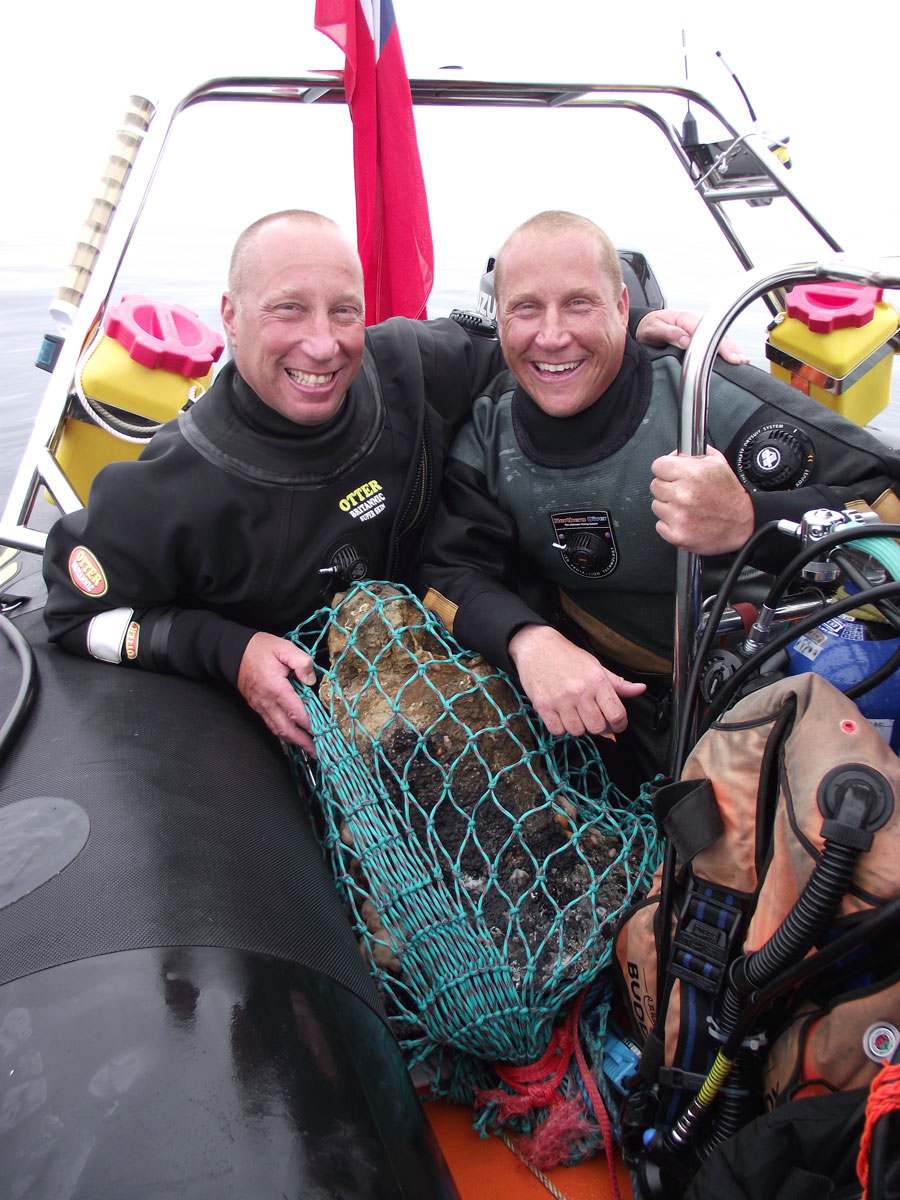 The Barnwell brothers are Norfolk-based printers, certified divers and honorary members of the UEA School of History. Lincoln said he was partly inspired to search for the wreckage after witnessing the lifting of the Mary Rose on television as a child.

“This was our fourth season of diving in search of Gloucester,” he said. “We were beginning to believe we weren’t going to find her, we had dived so much and found nothing but sand. On my way down to the seabed, the first thing I spotted, these are big guns placed on white sand, it was impressive and really magnificent.

“It was immediately a privilege to be there, it was so exciting. We were the only people in the world at that time who knew where the wreckage was. It was special and I will never forget it Our next task was to identify the site as the Gloucester.”

Julian added: “When we decided to look for the Gloucester we had no idea of ​​his importance in the story. We had read that the Duke of York was on board but that was it. We were convinced it was the Gloucesterbut there are other wreck sites with cannons, so that remains to be confirmed.

“There is still a tremendous amount of knowledge to be gleaned from the wreckage which will benefit Norfolk and the nation. We hope this discovery and the stories that will be uncovered will inform and inspire future generations.

The article continues below… 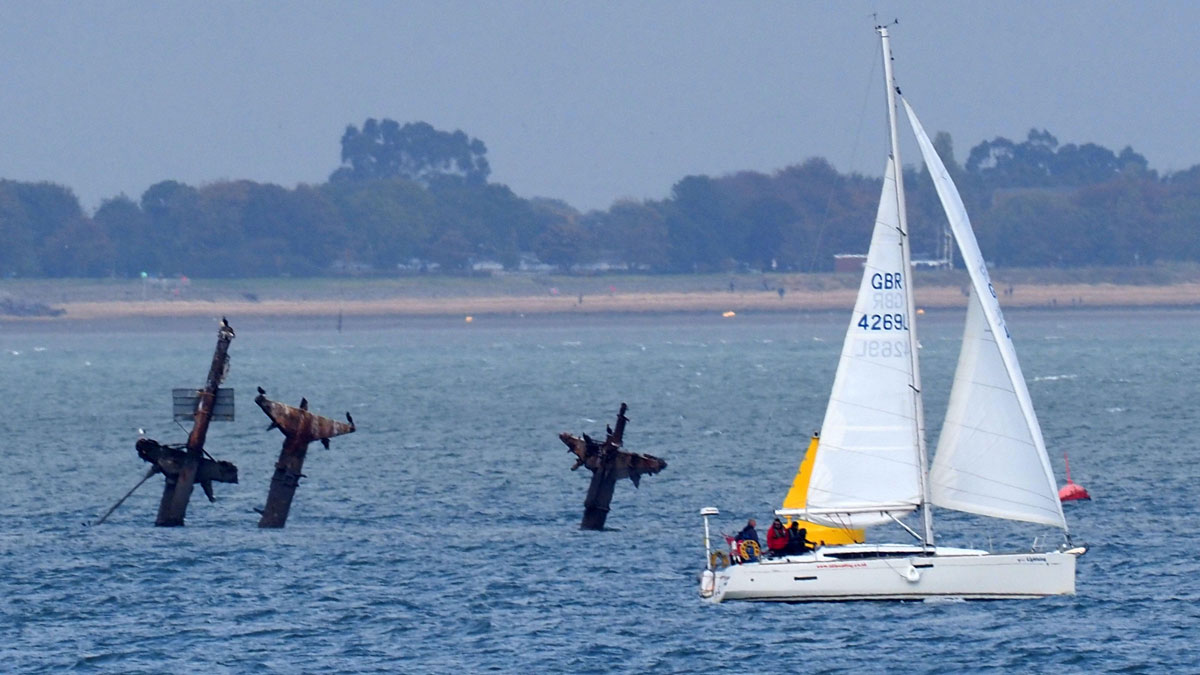 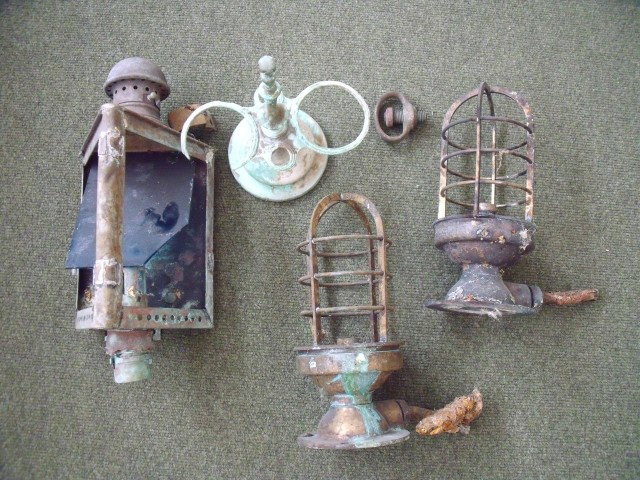 The combined value of the treasure found is believed to have been over £250,000 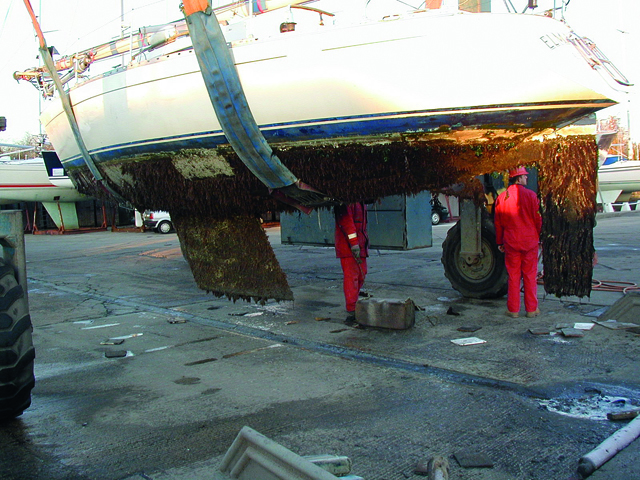 Crossing the Atlantic in a race on a boat bought with a student loan, is it really doable? Here is the PBO story…

Lord Dannatt, 2nd Lieutenant of Norfolk and long-time county resident, lends his skills and support to the historic salvage project. As a former head of the British Army, he works with charities and organizations linked to the armed forces.

“It will be Norfolk Mary Rosesaid Lord Dannatt. “Julian and Lincoln touched history, a story that could have changed the course of this nation. It’s such an incredible story to tell. Our goal is to bring this story to life and share it with as many people as possible. possible.

The Gloucester was commissioned in 1652, built at Limehouse in London and launched in 1654. In 1682 she was chosen to carry James Stuart, Duke of York, to Edinburgh to pick up his heavily pregnant wife and their households. The aim was to bring them back to the court of King Charles II in London in time, it was hoped, for the birth of a legitimate male heir.

The ship had set out from Portsmouth with the Duke and his entourage joining it off Margate, having traveled by yacht from London. At 5:30 a.m. on May 6, the Gloucester ran aground about 45km off Great Yarmouth following a dispute over navigation on the dangerous Norfolk Sandbanks. The Duke, a former Lord High Admiral, had argued with the pilot over control of the ship’s course.

Within an hour the ship sank with the loss of hundreds of crew and passengers. The Duke barely survived, having delayed abandoning ship until the last minute.

Besides the Duke of York, the Gloucester carried a number of prominent English and Scottish courtiers, including John Churchill, later 1st Duke of Marlborough.

Chronicler and naval administrator Samuel Pepys, who witnessed the events from another ship in the fleet, wrote his own account – describing the harrowing experience for victims and survivors, some being picked up “half dead” in water.

Along with their late father Michael and two friends including James Little, a former Royal Navy submariner and diver, the Barnwell brothers discovered the wreck site in 2007, with the Gloucester cracked the keel and the remains of the hull submerged in the sand.

The ship’s bell, made in 1681, was later recovered and in 2012 it was used by the receiver of the wreck and the Ministry of Defense to decisively identify the vessel.

Due to the time required to confirm the identity of the ship and the need to protect an “at risk” site, located in international waters, it is only now that its discovery can be made public. In addition to the receiver of the wreck and the Ministry of Defence, the wreck has been declared to Historic England.

Following the discovery, the brothers took a course in underwater archeology with the Nautical Archeology Society.

Artifacts rescued and preserved include clothing and footwear, navigational equipment and other professional naval equipment, personal effects and numerous bottles of wine.

One of the bottles bears a glass seal with the coat of arms of the Legge family – ancestors of George Washington, the first American president. The crest was a precursor to the Stars and Stripes flag. Uniquely, in addition, there were also unopened bottles, with wine still inside – providing exciting opportunities for future research. 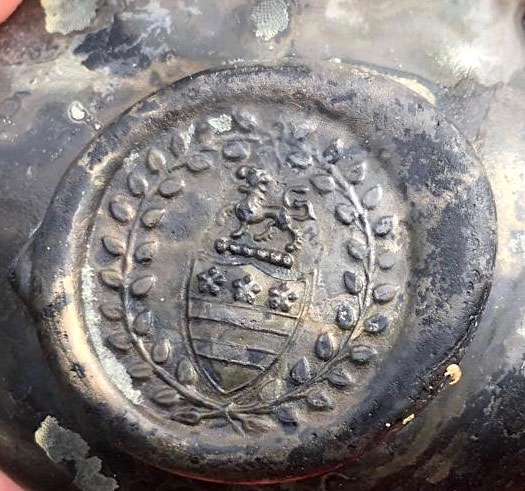 The political consequences of the tragedy

The accompanying historical research project, funded by the Leverhulme Trust and led by Professor Jowitt, will not only explore failures of command at sea before the sinking of Gloucester, but also conspiracy theories about the causes of the tragedy and its political consequences.

It is also hoped that UEA’s scientific expertise and facilities will be used to analyze some of the findings from the wreckage.

Partners already involved in the historic project alongside the Barnwells, UEA and Norfolk Museum Service include the Ministry of Defence, the National Museum of the Royal Navy in Portsmouth, York Archaeology, the Leverhulme Trust and the Maritime Archeology Trust. The exhibition is generously supported by Alan Boswell Group and Birketts LLP.

A US Navy and NATO operations vessel towers over Plymouth Sound

Plymouth Sound was overshadowed by the presence of a huge US Navy ship this morning. USNS Robert E Peary passed through the city’s waterfront en route to Devonport. Amid the drizzle of a damp Plymouth morning, residents were wowed by the sheer size of the ship. 210 meters long, the USNS Robert E Peary weighs […]

A 56-year-old barge was put in place on June 17 as part of the pilot project for cold cutting technology (Leviathan) Posted on June 17, 2022 6:18 PM by The Maritime Executive The first ship of a new sustainable ship recycling operation in Germany has […]

Few people would be more intimidating than an angry giant like AEW’s Paul Wight. On a cruise ship, the adult pool was getting too crowded for the Gunn Club, Austin and Colten Gunn, the sons of WWE Hall of Famer Billy Gunn, so Wight took them to a pool where you needed a membership to […]